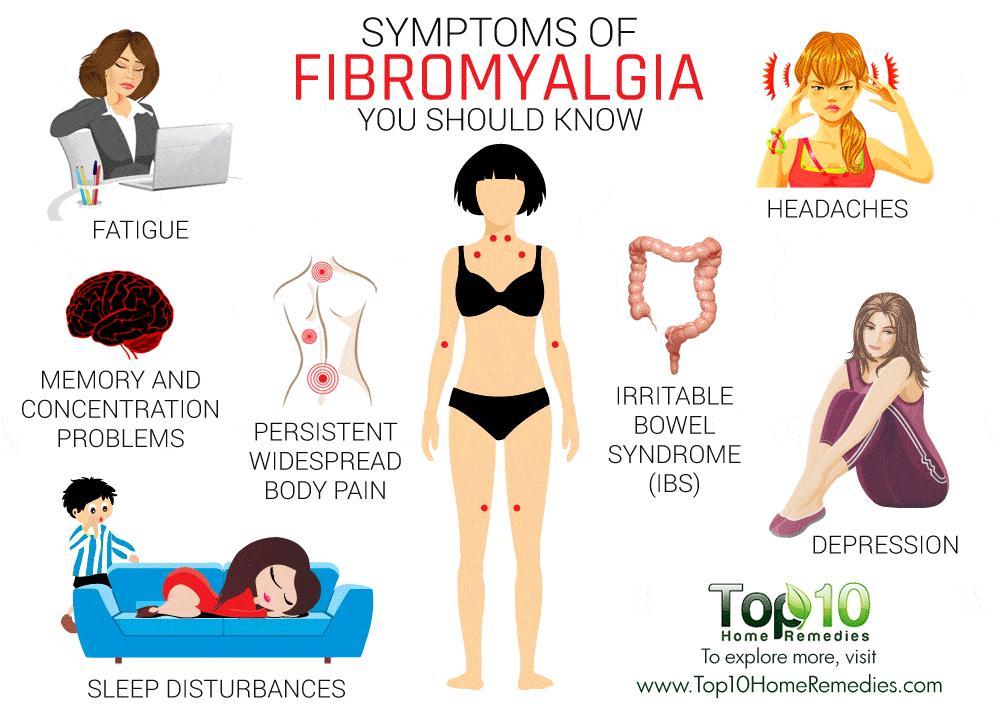 Symptoms sometimes begin after a physical trauma, surgery, infection or significant psychological stress. In other cases, symptoms gradually accumulate over time with no single triggering event.

Women are more likely to develop fibromyalgia than are men. Many people who have fibromyalgia also have tension headaches, temporomandibular joint (TMJ) disorders, irritable bowel syndrome, anxiety and depression.

While there is no cure for fibromyalgia, a variety of medications can help control symptoms. Exercise, relaxation and stress-reduction measures also may help.

Symptoms of fibromyalgia include:

Fibromyalgia often co-exists with other painful conditions, such as: