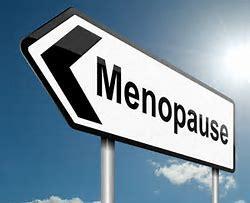 Menopause is defined as occurring 12 months after your last menstrual period and marks the end of menstrual cycles.

Can usually be self-diagnosed

Can often be self-treated

Ovaries stop producing reproductive hormones, gradually, when women are in their 40’s -50’s. Average age is 51. Few of them notice symptoms like Mood changes, Stress, Fatigue, Vaginal drying and Itching. It’s a natural progression and goes untreated. Treatment might require to reduce or control symptoms which include Hormone replacement therapy, Oral Contraceptives, Antidepressants.

Changes and symptoms can start several years earlier. They include

A woman is born with a finite number of eggs, which are stored in the ovaries. The ovaries also make the hormones estrogen and progesterone, which control menstruation and ovulation. Menopause happens when the ovaries no longer release an egg every month and menstruation stops.

Menopause is considered a normal part of aging when it happens after the age of 40. But some women can go through menopause early, either as a result of surgery, such as hysterectomy, or damage to the ovaries, such as from chemotherapy. Menopause that happens before 40, regardless of the cause, is called premature menopause.