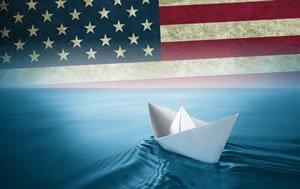 Columbus’ voyages across the Atlantic Ocean initiated the European  exploration and colonization of the Americas.

While the first voyage in 1492 was immensely significant, Columbus  did not actually reach the American mainland until his third voyage in 1498.

Instead, while trying to find a sea route to India, he made landfall on an island in the Bahamas  that he named San Salvador.